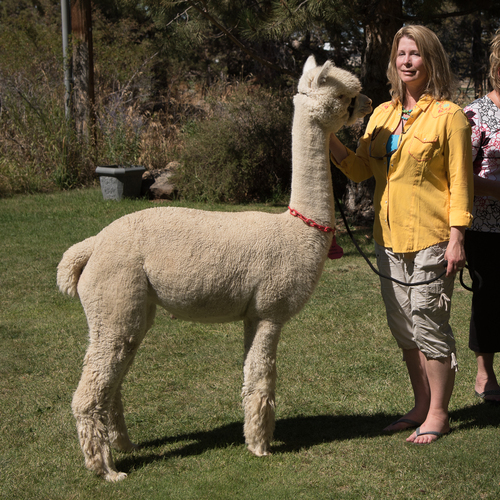 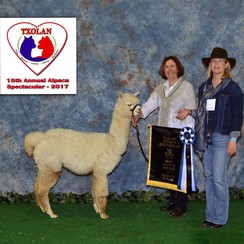 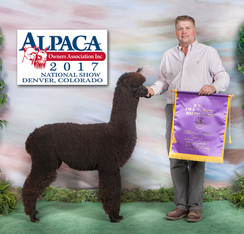 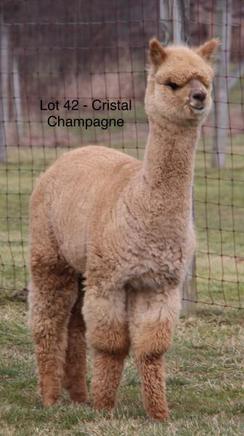 Flying Iron Ranch also has several outstanding junior herdsires:
TP Azlan of Legend, an Elite Legend son, with three 1st Place and one Reserve Champion, 1 Fourth Place(out of 11) winnings in his first 4 shows;
FIR Houdini’s Stunner, a juvenile out of Zenterfold and Alpaca Palace’s Houdini, placing 3rd out of 11 in his first show at TXOLAN in 2017 and 1st at AOA Nationals
FIR’s El Guapo, son of multi-champion Express Peruvian Indy, taking 2nd place to color champions at TXOLAN and A-OK 2017 shows, 2nd place at GWAS 2017 and 5th place in a highly competitive class at 2016 ABR Fall Fest.
FIR’s first multi-champion herdsire Xanadu P Corsair has proven himself substantially by producing two stunning female crias, FIR’s Estrella out of Xanadu Clandestine, herself a multi-champion; and FIR’s Bianca of Corsair out of Chimera’s Biscotti, a Mile High granddaughter. We anticipate that these 2 beautiful girls will shine at the upcoming AOA National, MOPACA and GWAS shows. Also, attending these shows is FIR’s Becca, daughter of Emma, a Brilliance of Peru daughter, and Chimera’s Galileo, a Makulu son. Galileo is also working at FIR. FIR’s second multi-champion herdsire Xanadu P Descant is now ready to work after winning 7 blue ribbons, 2 color and 2 reserve color championships.

FIR’s winter addition was Xanadu P Cachel, she was recently awarded 1st at A-OK and 1st Place and Champion Bred & Owned at the TXOLAN Alpaca Show, 2nd Place at AOA Nationals and 1st Place at MOPACA. Cashel is a TGF Royal Tribute daughter out of Xanadu Heirloom Mom, Xanadu P Donno Bello, and a Presidio granddaughter. FIR anticipates Cashel will become one or our best foundation dams and will pair well with our stellar white herdsires Corsair, Azlan and Stunner in the years to come. She will breed to the up and coming Xanadu multi-Champion herdsire Xanadu Alchemist next summer.

FIR GOES PUBLIC
We are excited to announce that plans are underway to participate in Colorado Agritourism offering tours of the Ranch as well as other alpaca related activities. We hope that in addition to offering visitors and locals on the western slope an alpaca outing, it will also increase public awareness of the United States alpaca industry.

EDUCATION WITH A DESTINATION PERU 2016
Christine had the opportunity to attend Education with a Destination Peru this past November. She had a once in a lifetime experience at Casa Chapi, the Quechua Highlands, a vicuna chacu and a Peruvian alpaca competition. At the alpaca competition, she was able to purchase items to sell in our farm store that were handmade by the Quechua. She met some great people and made fast friends with other U.S. alpaca breeders. Check out the Michell Group Mill and Vicuna Chacu on our YouTube channel link is on www.flyingironranch.com

MOPACA 2017
2017 was our first MOPACA show. We really enjoyed Kansas City and MOPACA really knows how to put on a show. We were pleased with our performance among pretty stiff competition. The highlights were Xanadu Cashel with a 1st Place in the white juvenile female class and TP Azlan of Legend was 1st in the white yearling male and Reserve champion white male. It was great to see old friends and meet a few new ones.

The Futurity 2017
We are excited that we could purchase 3 lots at The Futurity Auction. Lot A was a late addition Snowmass Diamond Sunset XX a dark fawn juvenile female donated by Snowmass Alpacas to Quechua Benefit. Proceeds will go to construction of a greenhouse at Casa Chapi. A huge thank you to the Snowmass Alpacas for their very generous donation. The other two lots were Majestic’s Cristal Champagne, a beautiful medium fawn juvenile female. She is a bright, supple, dense Jumanji daughter that we are excited to add to our breeding program. And finally, the very sought after Irish Meadows’ Shades of Ebony, a true black yearling female who will breed to Jacob Black later this summer. We fell in love with Shades of Ebony when we first saw her at the AOA National Show in Denver, Colorado. She is a 5-time color champion including AOA Nationals. We are very proud Shades of Ebony is the first black foundation female at Flying Iron Ranch. 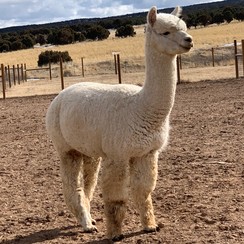 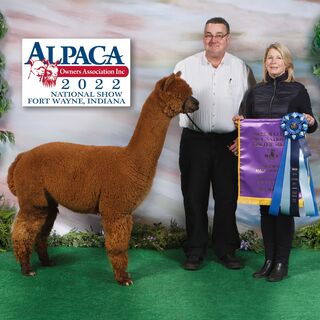 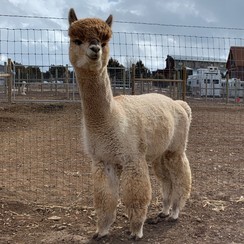 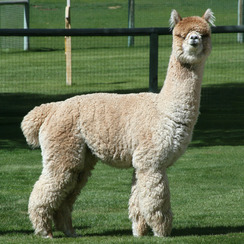